Malnava’s manor was mentioned in documents in 1774. The building of the estate is designed in the style of classicism with Baroque features. In terms of volume and execution, it is more like a villa or a mansion.

The construction of the estate is created by symmetry around a circular front yard, which leads to gates at the beginning of the driveway. On one side of the yard is a barn, and in the end, there is the master’s house, which was damaged during World War II, and after reconstruction, the original interior decoration has not been preserved. In 1928, adapting the building to the needs of the School of Agriculture, side buildings were attached. Since 1936, the name of the School of Agriculture was changed to Malnava’s Agricultural College.

From outbuildings preserved barn built in the first half of the 19th century in the style of classicism, with two porticoes, the overlap of which is based on four columns on the main facade, as well as several outbuildings. The estate complex is complemented by the park, which still retains exotic shrubs and trees. 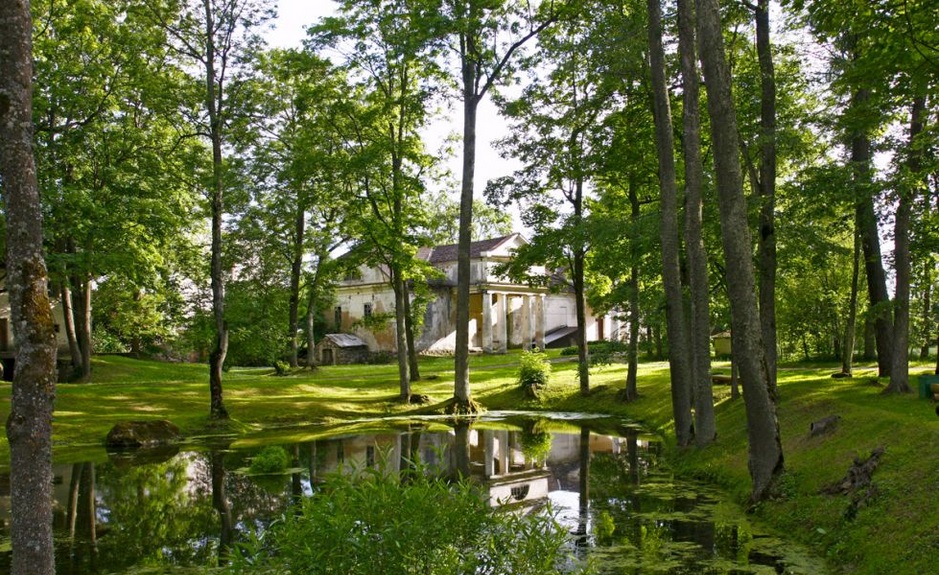 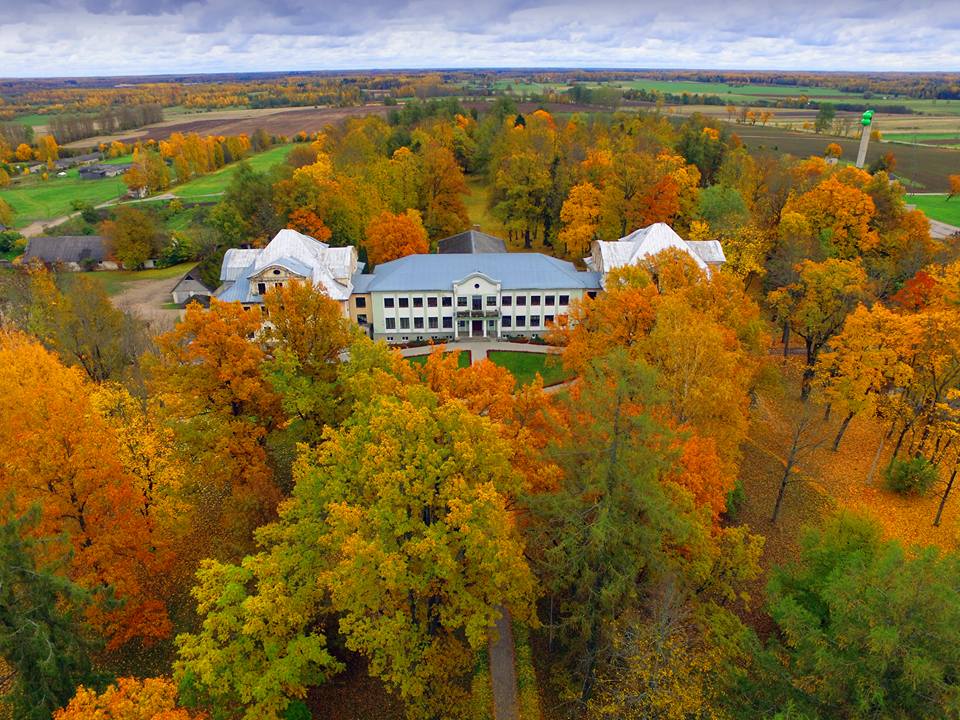 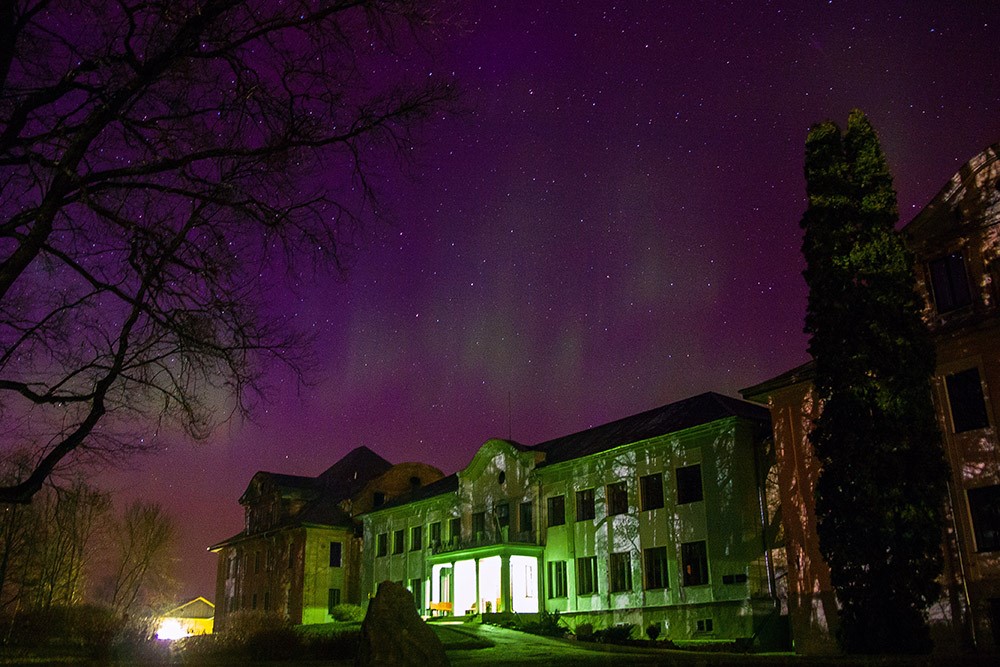 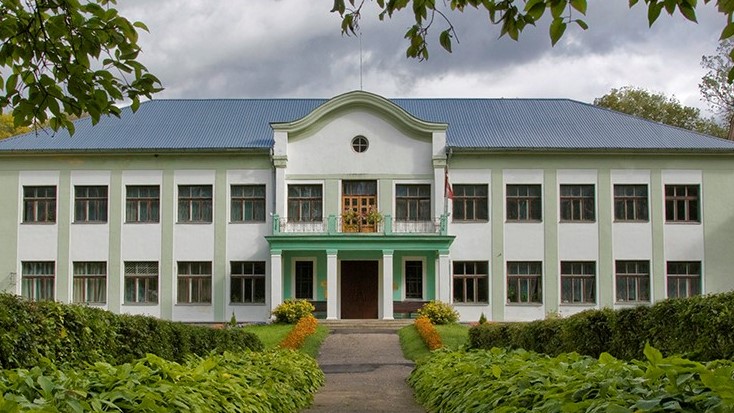 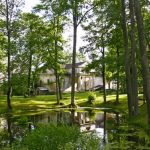 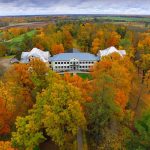 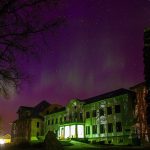 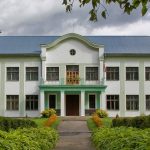