A transparent lake, which is said to have no bottom, is one of the lakes of Latgale (“the land of blue lakes”) that is surrounded by the largest number of legends.

Velnezers (also called Certoks, Cortoks, Certaks) is located 12 km away from Aglona, in Aglona municipality, Skeltova parish, in the Graveri pine forest. Velnezers, being located in the middle of a bilberry forest, is one of the most transparent lakes in Latvia, it attracts people with a peculiar blue-green color of its waters, its transparency and the strange legends that have surrounded it since ancient times.

The depth of Velnezers, which is located in a funnel-shaped delve, reaches 17 meters, and the transparency of its waters in some areas is up to 12 meters. No river or spring flows in or out of this lake. Neither bulrushes nor water lilies grow there. Birds and wild animals avoid Velnezers, too. People say that there are plenty of snakes in the lake, and the fish is rarely caught, except fat perches. According to one of the versions, Velnezers resulted from the fall of some space object. 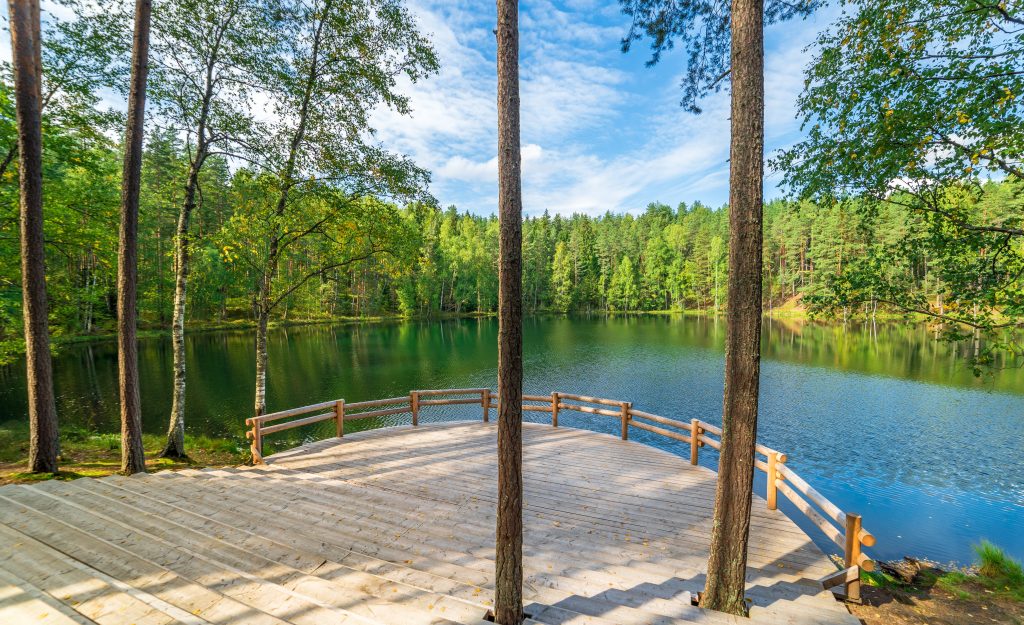 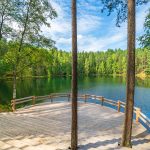