Shall we sit on the unusual benches?

As the first in 2013 its place in the square at the Livani district central library found the “Reconciliation bench” made by blacksmith Valery Konstantinov. While seated for your good works both Amor and physics principles.

In 2014 at the Raiņa and Rīgas street intersection stayed the “Flywheel” (author Valery Konstantinov), which symbolizes an antique forged steel wheels, in which can easily get both adults and children. It is a favorite photo location, especially when next to it its white flower candles “lights up” old chestnut tree. Both benches are the company’s “Līvāni biochemical factory” gift to the city.

In 2015 with the LMT company support created and opened the “Outdoor living room” (the authors are Eva Māķena and Valters Stūris). It is special for its location, because it is the highest place in the city, from which opens a beautiful view on the central part of the city and Dubna bays. In the 17th century on this small hill the very first wooden church in Līvāni was located, as evidenced by the ancient oak alley. The environment object is created for open-air recreation of citizens. It consists of a table, sofa, chairs, standing lamp, “TV” frame, which serves as a frame for the view of the Dubna river. Material – milled concrete, in the table surface applied innovative technologies – optical fibre, which leads light in the darkness, resulting in a unique effect. This environmental object is installed with the help of the Līvāni district council, the association “Līvāni” and the “LMT” company support.

In 2015 celebrating 90th birthday of the Līvāni city, the whole three extraordinary benches were created and opened:

The “Bath tub” (author SIA “A2C”) is located in one of the greenest squares of the city, on Rīgas street 163 near former sauna building. 3-4 people can sit on that. It’s made from oak boards with a decorative element to the bench – stairs.

“The school bench” (2016 – author Ivo Folkmanis) installed in the square opposite 1st secondary school of Līvāni on Rīgas street 126. The environment object created in the form of a historic school bench, on which were sitting students of previous generations.

“Deputy’s bench” (2016) – author Raimonds Vindulis symbolically represent specificity of work of the people’s servants. From a distance the bench as seems very lovely – beautiful and convenient, but sitting on it is pretty uncomfortable (large metal pins are built in the bench). Initially being the deputy seems easy and convenient for many, but those who enjoyed such obligations on their skin, knows that deputy often has to answer those uncomfortable questions, to endure the criticism and take responsibility. The design object is created in metal and glass. It is located near the Līvāni district municipality building, Rīgas street 77. 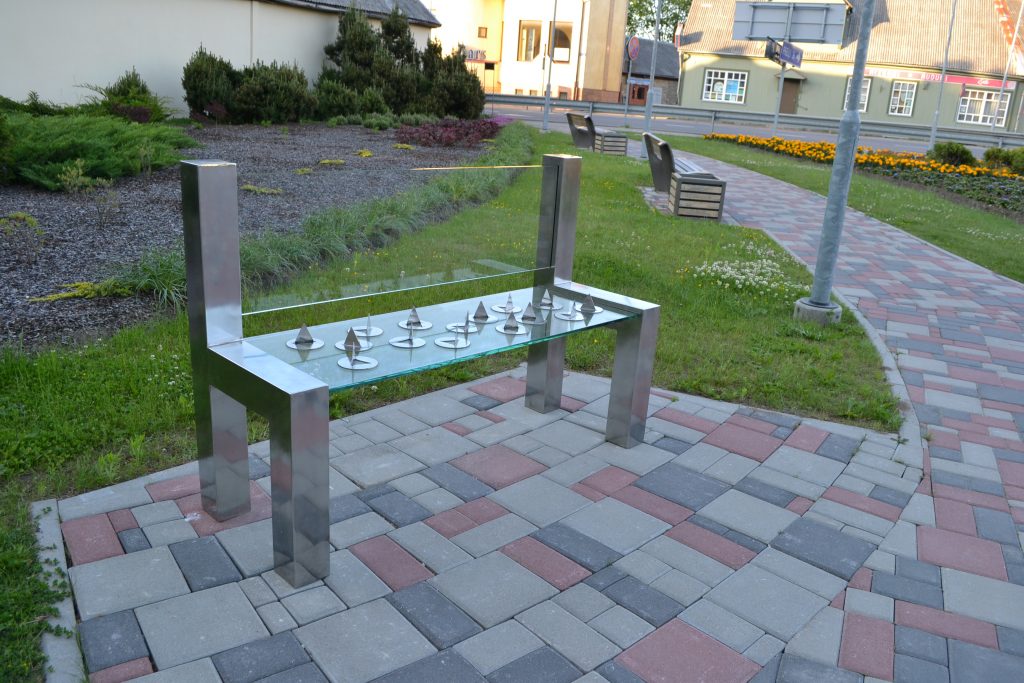 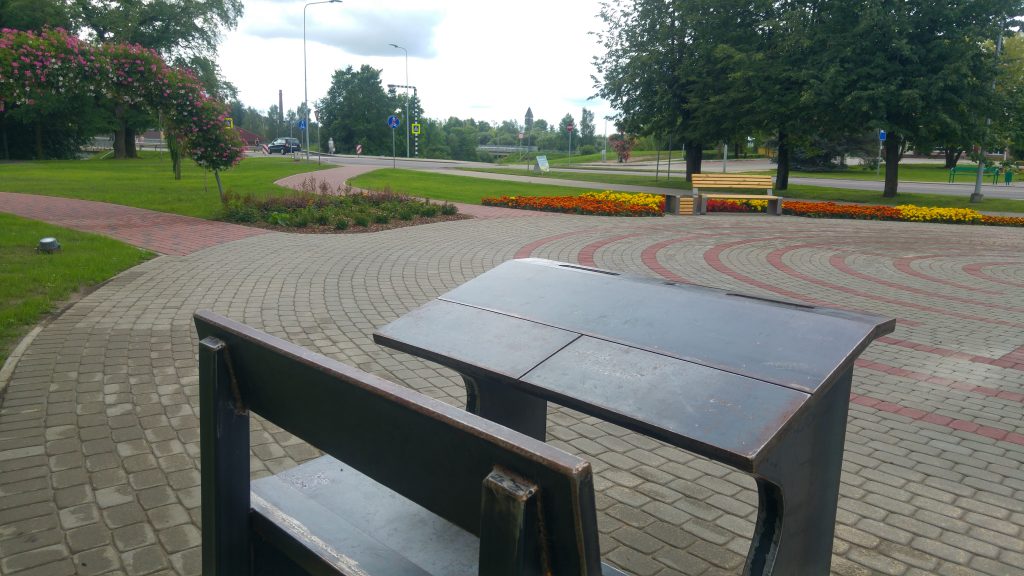 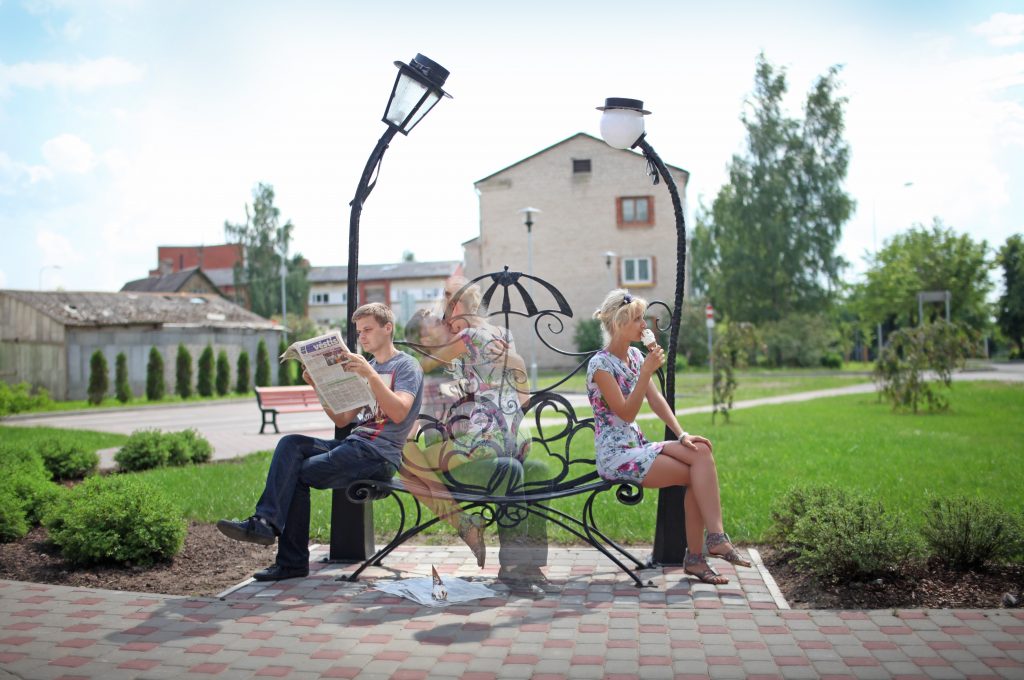 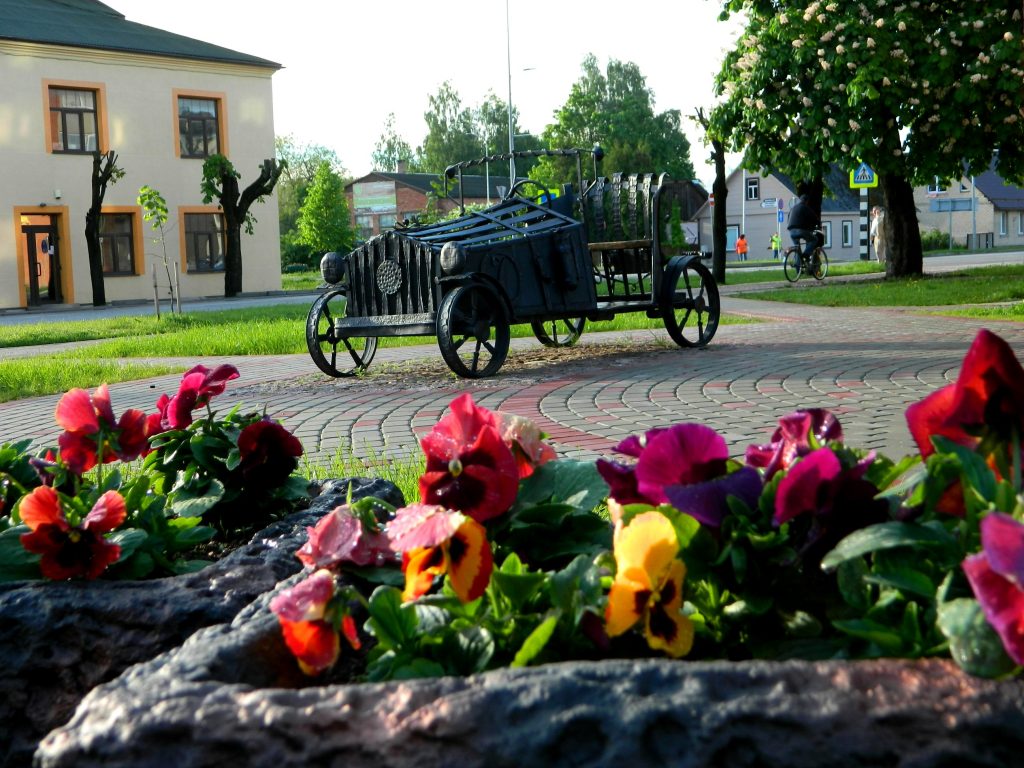 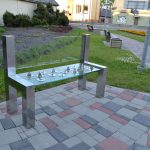 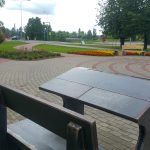 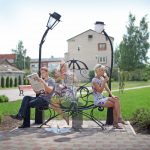 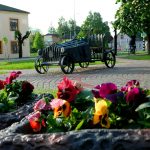