The beautiful Preiļi park originates from the mid-19th century and is preserved till nowadays. It is one of the most remarkable Latvian parks and is the largest park in the city area.

The park is 42 ha large, from which around 13 ha consists of ponds and canals. There are 25 species of trees and shrubs in the park, some of them are already considered venerable tree (“Dižkoks” – remarkably old and large tree). The complex of Preiļi manor is a  state-level architectural heritage. Every element itself – the castle, chapel, stables, gate, guardhouse, and park are considered state-level architectural heritage as well.

The park used to be surrounded by decorative walls (castella). There is a four-row linden alley, in midst of which lays Preiļupīte, a tiny river, which was flooded to create a pond and channel system with many islands. Amazing arbors were installed between linden and foreign trees and shrubs. In the park, there are beautiful and well-maintained shrub compositions. During Soviet times, many harsh mistakes were made in maintaining the park. Because of the high water level in Preiļupīte, the main ponds have overgrown. As time passed, almost all park buildings, that could be considered to be “small architecture” were lost, together with a wood-carved sculpture “Adam and Eve in Paradise”. None of the park’s mounds have their original pavilions.

Almost all of the white-colored wooden bridges are lost. The park holds several buildings that are connected to the Preiļi manor complex – Preiļi castle, chapel, guardhouse, stables, and three gates. All of them are state-level architectural heritage.

Preiļi castle is currently in a renovation process, it is intended to fully restore former majesty and elegance. 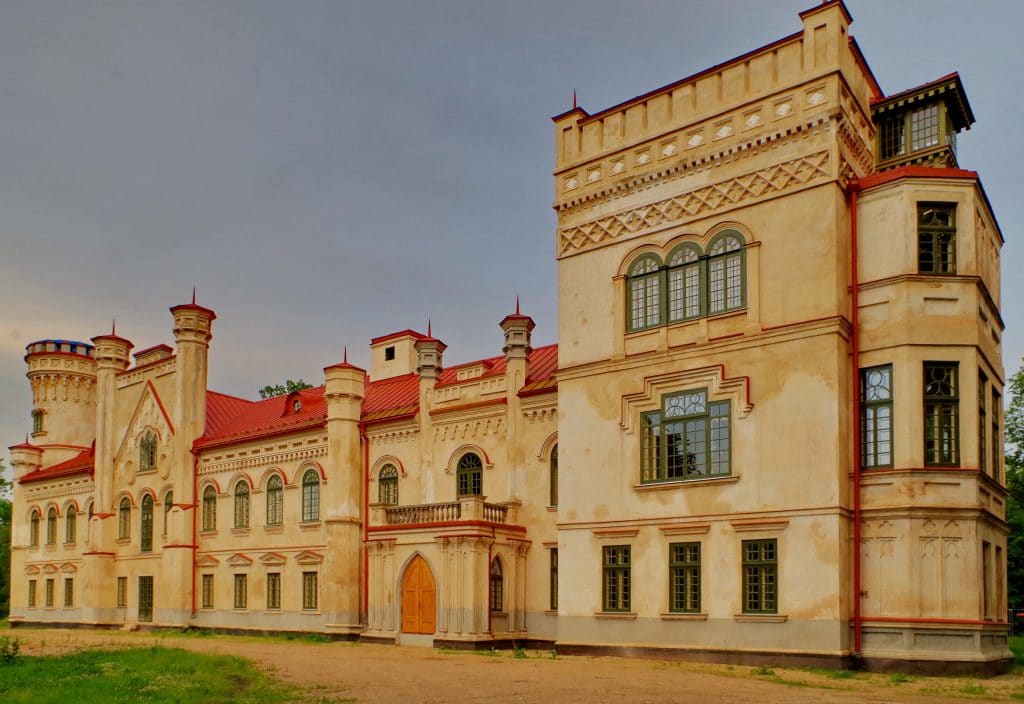 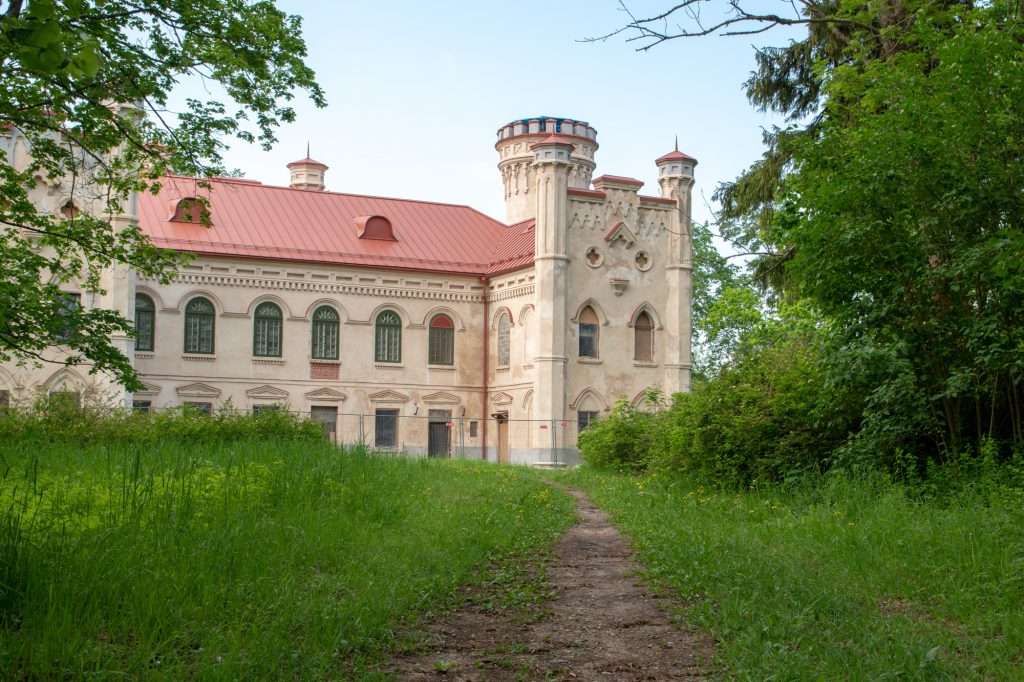 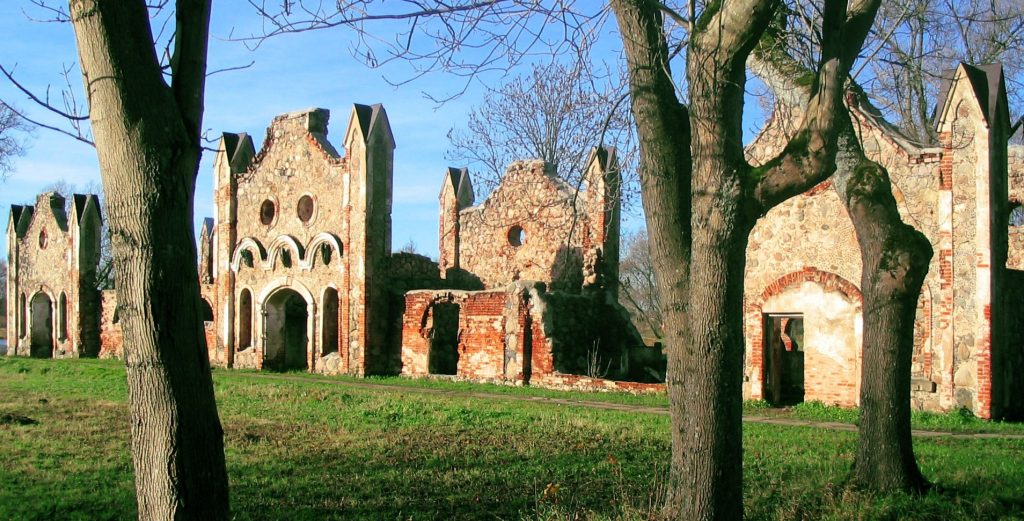 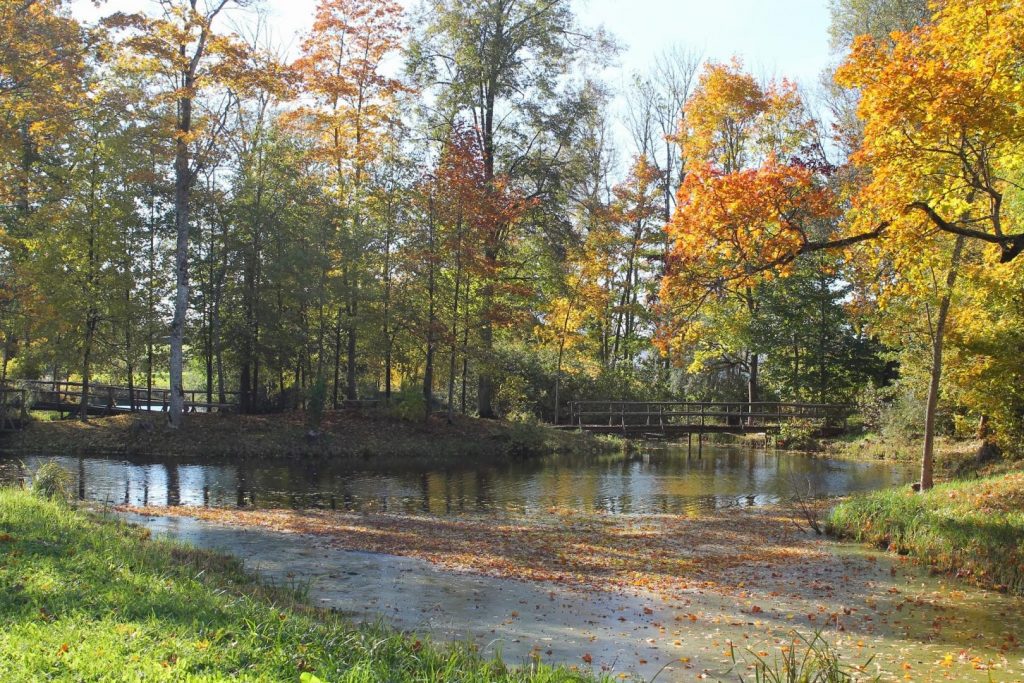 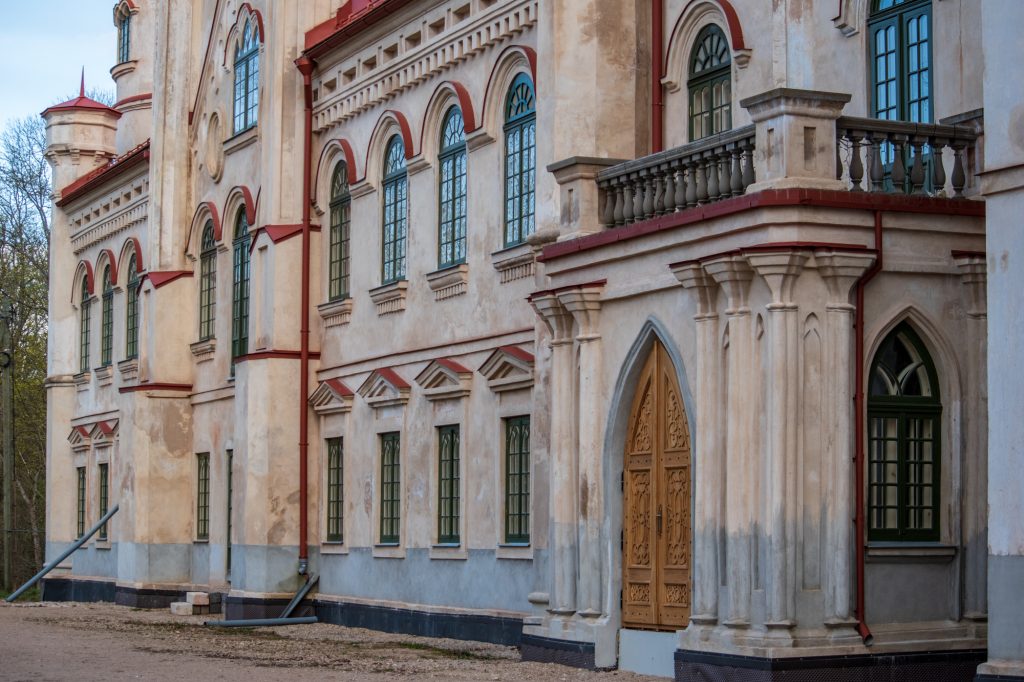 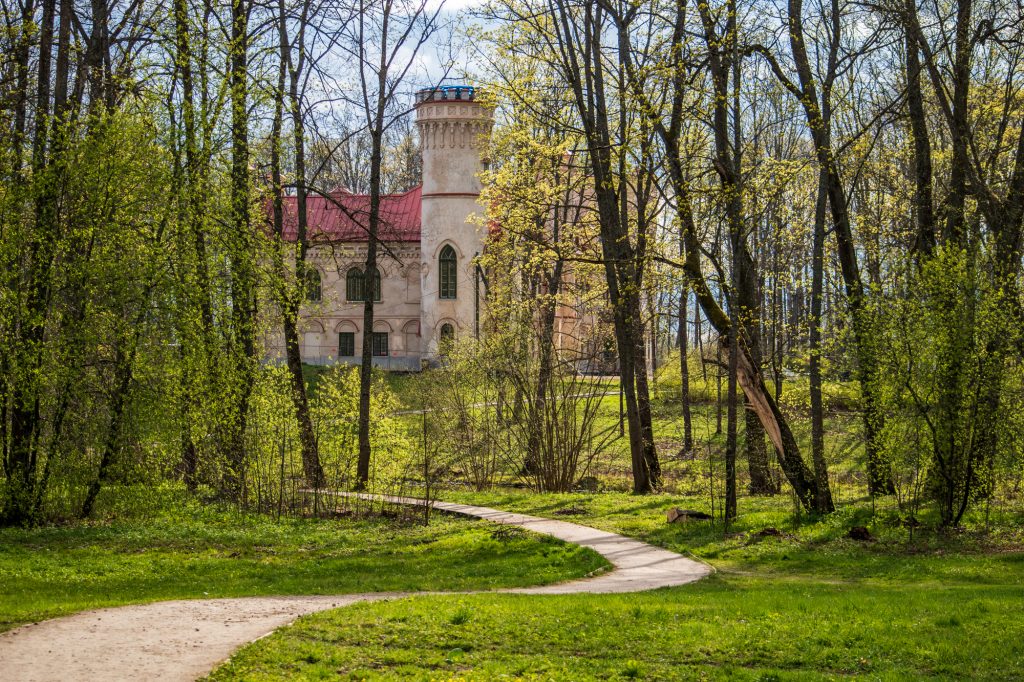 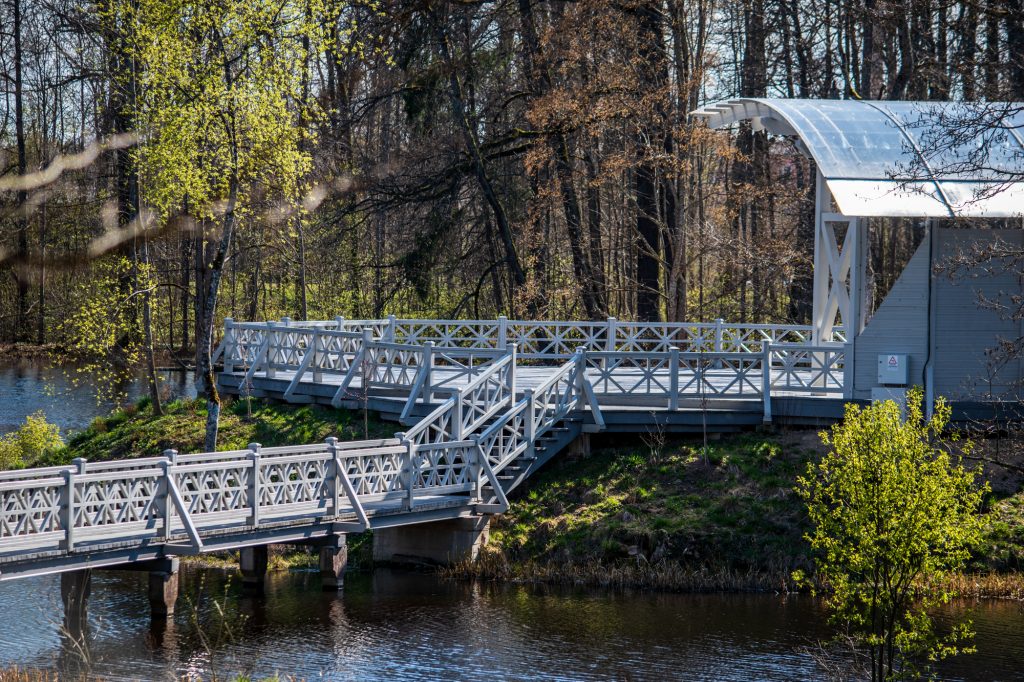 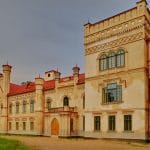 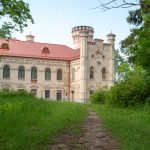 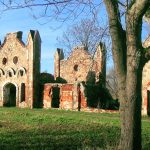 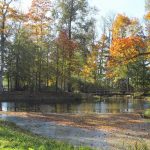 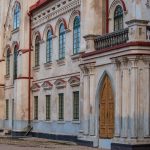 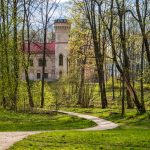 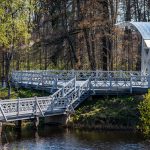