The open-air artwork “Ghost of the Fortress”

The open-air art work “Ghost of the Fortress” was created in 2017 during the Second International Sculpture Symposium, which was organized in the framework of the residency program of Daugavpils Mark Rothko Art Center. The sculpture is located behind the Culture and Information Center of Daugavpils fortress.

The main inspiration for the work came from the Daugavpils fortress. Every notable place especially buildings has its’ own residing ghost. For Daugavpils fortress, it is a ghost of a warhorse. Fortifying structures like the one in Daugavpils was once a crucial military instrument that became obsolete as the progress rolled on. Thus the ghost of a warhorse is the true representation of Daugavpils fortress soul if a military structure has one. Now it stands there, bigger than life all covered in bandages because, in the real-life, that is the result of every battle. Every glorious cavalry charge, every acclaimed stance against incoming enemy forces always reverberates in infirmaries. The first thing that comes to mind when thinking about most of the famous military conflicts of the past, especially WWI is the photographs of wounded soldiers covered in bandages.

And of course, ghosts radiate light or reflects it without an obvious source as a ghost should. Also, you can draw images or letters on it with any light-emitting device, phone flashlight, for example. 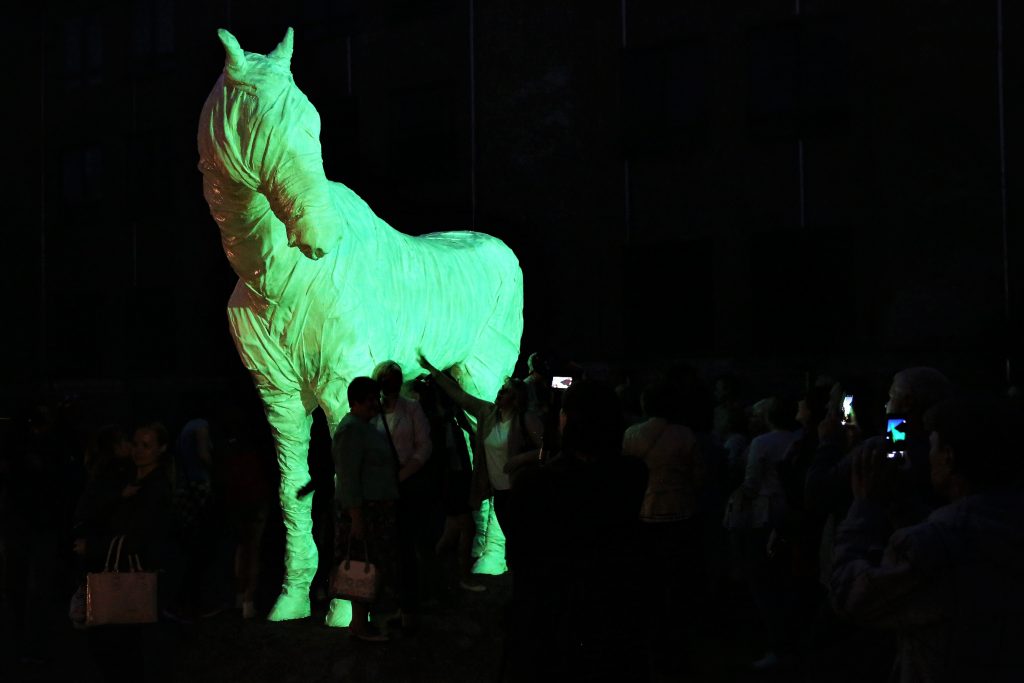 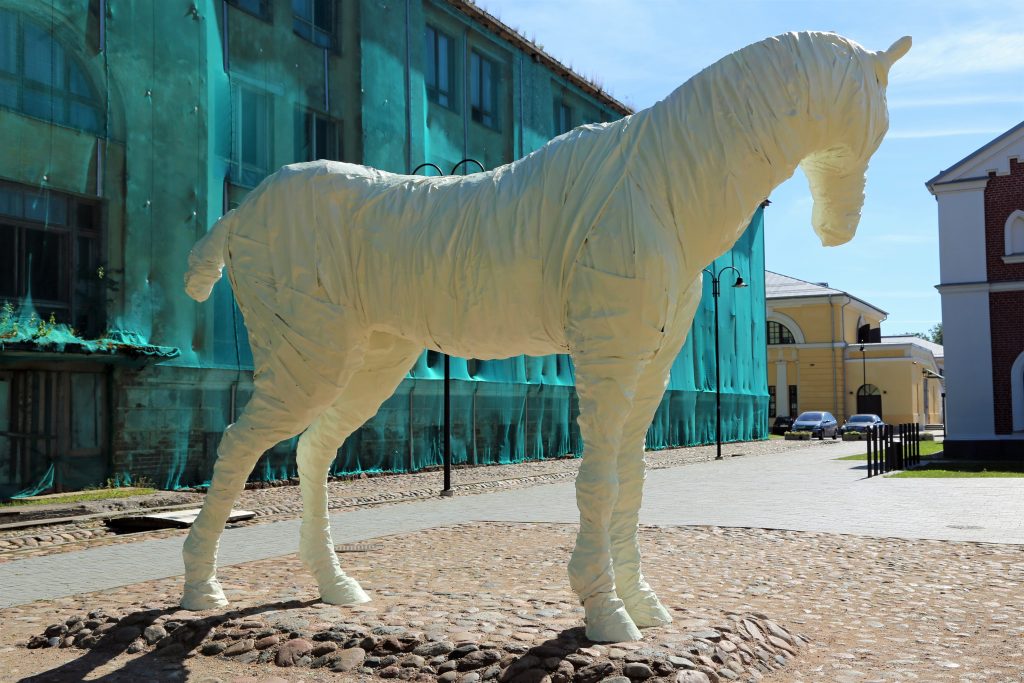 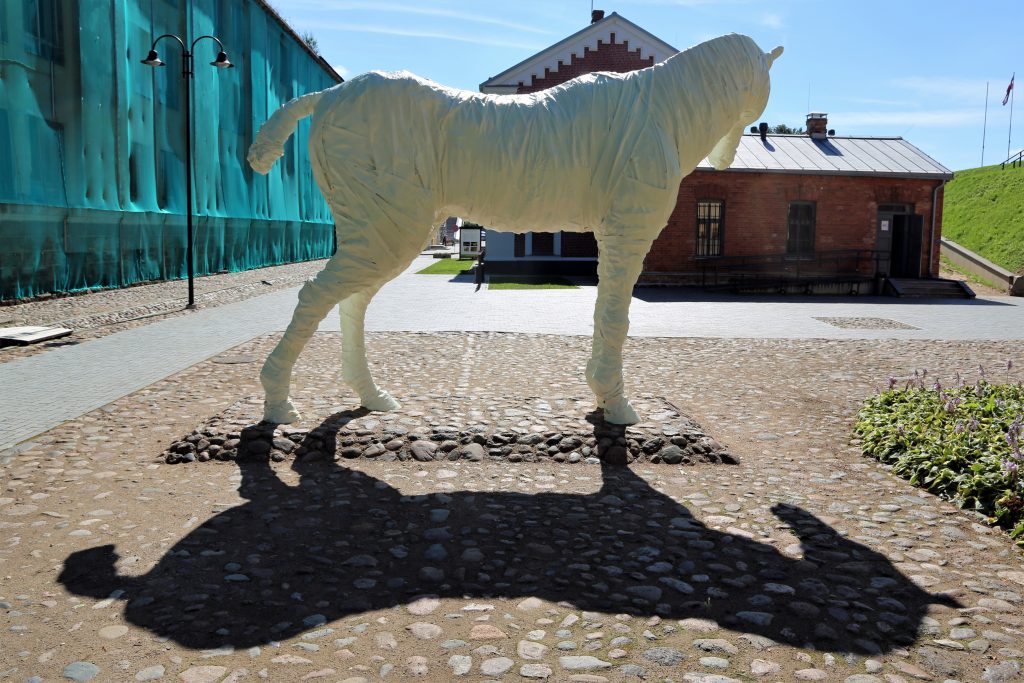 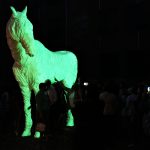 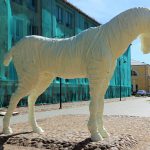 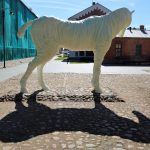