It is an archaeological monument. The height of the stone is 1.5 meters, its width – 2.7 meters, the length – 3.2 meters, and its circumference on the ground level is 15 meters.

The recorded legends attest that there was a chapel on it which seated several tens of people. Other legends relate that a lightning had struck the stone into two parts and that later peasants took the spall of one part of the stone and used it as a foundation for buildings and for the construction of a neighboring mill.

The word “Kameneca” derived from a Polish word “Kamieniec”. This stone has given the name to the manor house and the village, which was renamed Jaunaglona when in 1927 nuns arrived and founded a monastery there. 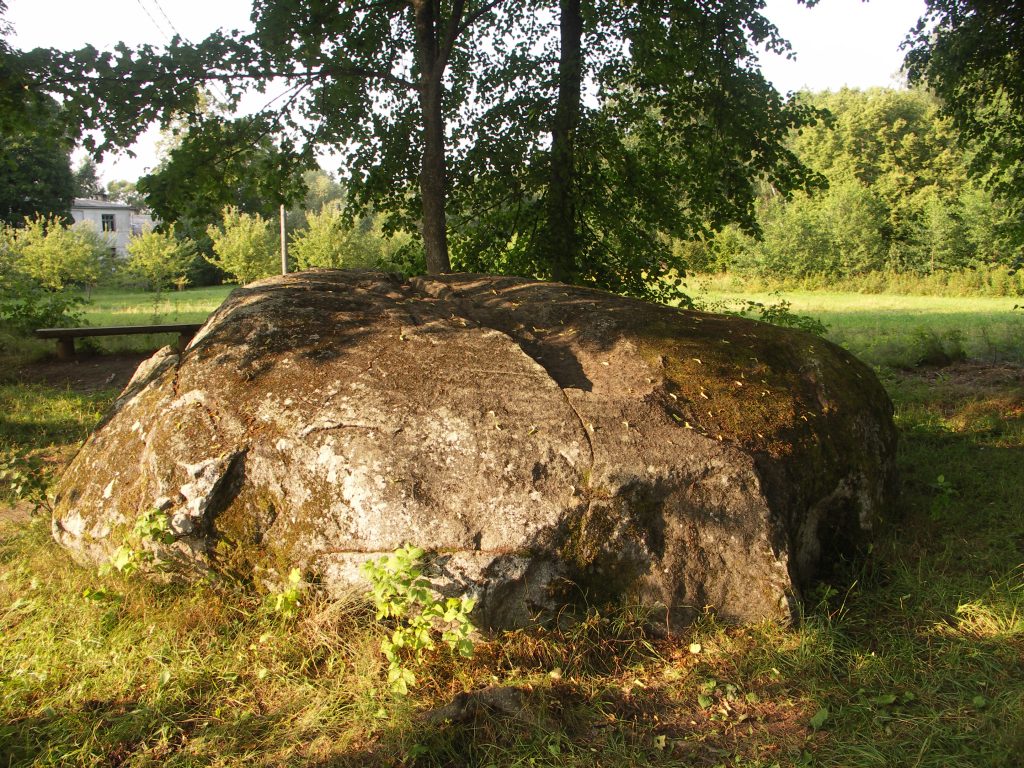 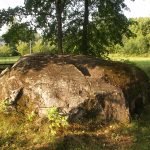