Nowaday Sts. Simon and Judas Roman Catholic stone church of Dricāni was built in 1859 on the top of the hill. There is the wooden altar of the Holy Spirit, decorated with wood-carvings, wooden statuettes of saints and the icon of Simon and Jude.

The church was built in Romanesque style with two towers and three carved altars in the Gothic style. The altars were created by a woodcarver from Lithuania. In the central altar the wooden sculptures are placed – reliefs of “Christ” and “St. Peter and Paul”, in the right altar of the Holy Spirit is a carved wooden picture that depicts the coming of the Holy Spirit in the Holy Trinity Day (Pentecost) upon the apostles (19th century). On both sides of the right altar – images of Sts. Francis and Clare. In the center of the left altar is the image of the Virgin Mary, and on the sides – the images of St. Anthony and St. Theresa. Near the altars freestanding sculptures are placed, which depict the apostles Simon, Yuda-blind, St. Joseph and John of Nepomuk (19th century). Also two wooden carved crucifixion and firetron of the 19th century are preserved. 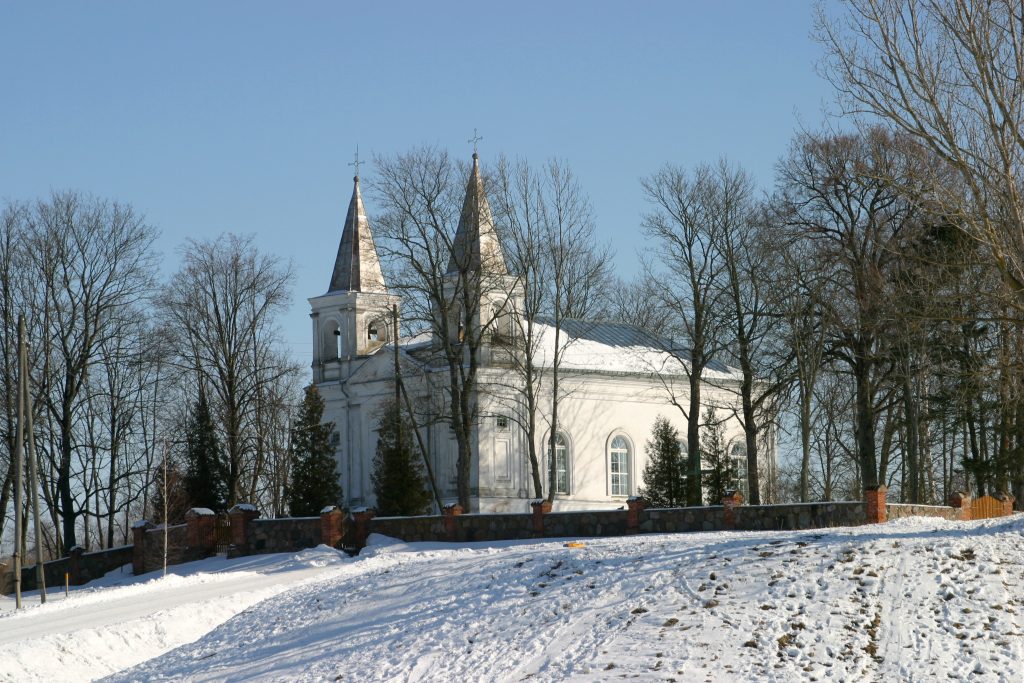 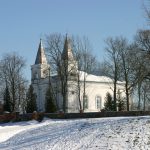