There is no precise information about the earliest wooden church at Rušona. It is thought that there may have been a chapel connected with Jesuit activities here already in the  16th century.

In  1677 the next wooden church built by the Jesuits appeared in Rušona, and a report on the church of Livonia from 1712 states that a new church has been built here. In about 1766 the Jesuits in Rušona were succeeded by the Dominicans. A new church was built, and next to it was the masonry structure of a monastery, which has survived up to the present day.

The present church at Rušona was built in 1816. In 1921 this church burned down, it was renovated in 1923 and major repairs were carried out in 1939 – 1940, when the high altar, too, was transformed. Rušona Catholic Church is a rendered masonry structure. The church is a rectangular building with a single tower at the west front. Preserved from the earlier building is the wooden door of the sacristy, with the authentic back plate of the lock (first half of 19th cent.).

Above the narthex, delimited by a wall, is a gallery. The nave is separated from the aisles by columns on high plinths. Rušona  Church is among the buildings that display characteristics of the Late Classical Age. It stands out in terms of its restrained architecture. The church interiors reflect the gradual process of furnishing the church. The church itself is listed as a nationally important architectural monument. 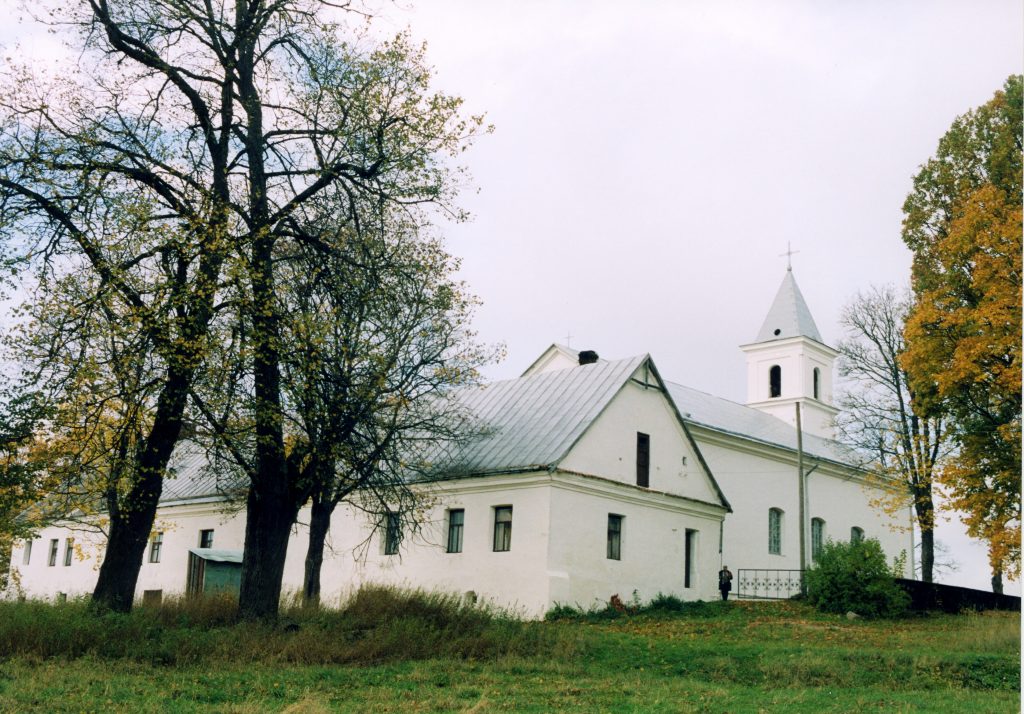 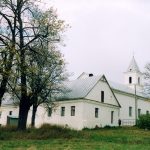