Ruskuli Greater Stone was earlier called “Devil’s Kiln”. It is an archaeological monument.

Stones having such grooves are regarded as ancient sacrifice places – cult stones. It is considered that distributive border of such hollow stones is in the middle part of Latvia. Ruskuli Greater Stone is the farthest monument of this type found in the South of Latvia so far. A campfire site was found near the stone during archaeological excavations of 1979; it is more than likely that the campfire has been related to the use of the cult stone in ancient times. 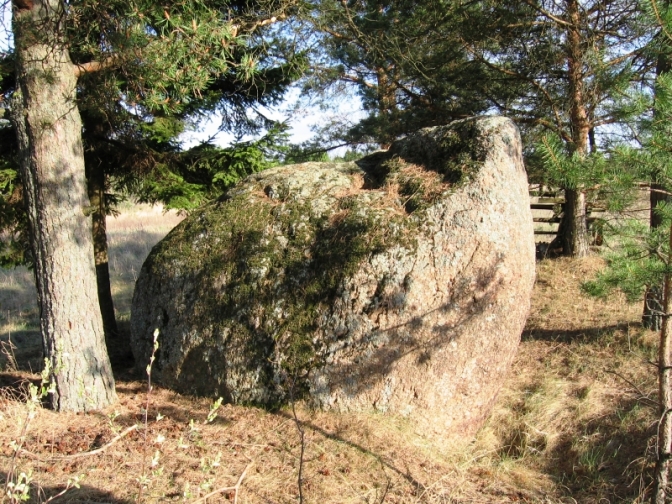 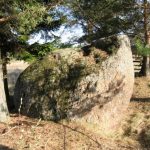