When you arrive in Rugāji from Rēzekne side, your glance might be attracted by fresco on the end wall of the Rugāju secondary school building. Fresco features the views of the Rugāji district history.

The fresco was created in 2013 by students of the Art Academy of Latvia Latgale branch. Author of the idea was the founder of the association “Milky way” (“Piena ceļš”) Anita Kļaviņa, she was born in Rugāji, but after World war II was forced to emigrate to West Europe, she grew up in France.

A fresco depicts historically meaningful moments and personalities – historical picture of Rugāju school, Kurmenes street in the 30s of 20th century, parish house, a portrait of Tālis Matīss (Latvian stage and opera singer), he was born and grew up in Rugāji, etc. 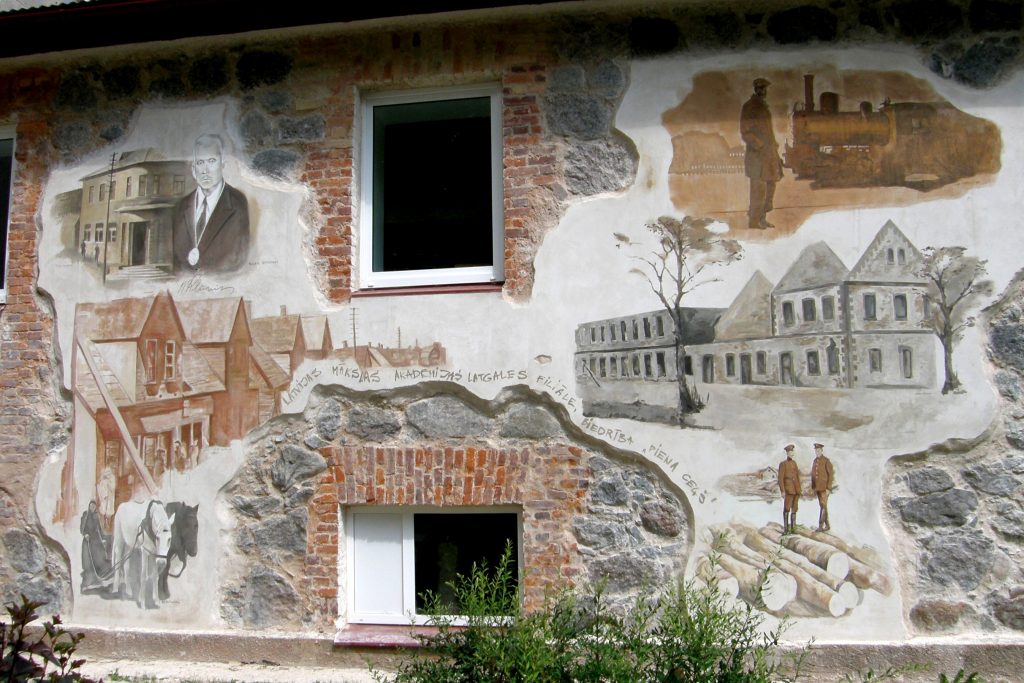 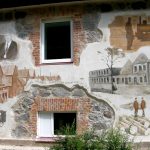