The old wooden church was built in 1806, it has remained till nowadays, although now it is used as a warehouse.
In 1936 metropolitan Antons Sprigonovich (Sprigonovičš) gave the task to build a new church in Pienini, in 1939 new church was consecrated.

The church is built in Gothic style, it is 31,1 meters high and 16,1 meters wide three-story brick building. It has a square tower with bells, there are small towers on each side of the tower, on top of which are crosses. The church is surrounded by a beautiful garden with a white fence and brick columns. Near the entrance in the garden, there is an immersed iron cross, which is ancient work of craftsmen and was transferred from the old church.

A design for a new masonry church of Pieniņi, signed by G. Kundziņš, is preserved in the church archive. This church is built of stone and cement bricks, an aisled elongated structure with one tower at the west front, and a polygonal attached apse. The design of the church makes use of Neogothic motifs both in the exterior decoration and the forms of the furnishings, which present a unified ensemble.  The corners of the building are emphasized by buttresses. Decorative turrets in the form of stylized pinnacles have been placed along with the corners of the roof, and likewise along the roof ridge above the apse.  The west door is emphasized by a splayed doorway.

The church has a gallery above the entrance, and the main interior space is divided into three aisles by square pillars. The assemblage of church furnishings has developed over the course of time, inheriting a few objects from the old church, along with new ones that match the Neogothic style of the building. The furniture consists of three oak altars, a pulpit, pews, and a confessional. The congregation still makes use of the liturgical vessels that were used in the old church, among them a silver chalice and paten from the first half of the 19th century. 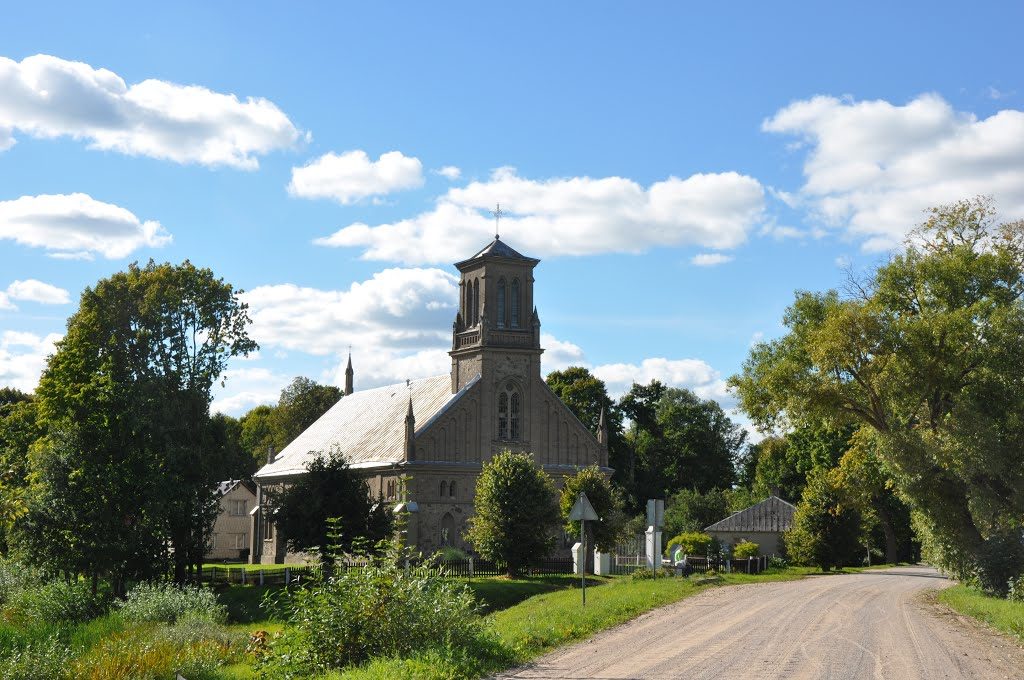 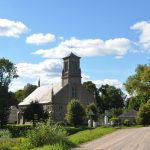