The church at Kaunata has a long history. The parish dates back to at least 1697, the time when the church records begin. Initially, the church was under the care of the Dominicans. It is known that in 1712 there was a small wooden chapel supported by the Sokołowski family. The wooden church at Kaunata was still in existence in 1758, and in 1742-1777 the fathers of the so-called Hilsen Jesuit Mission were active here. There is little information about this wooden building. It is recorded that the construction of a masonry church at Kaunata began in the second half of the 18th century, but this project never saw completion. In 1817 a small wooden church was built from the material of the old church. Consecrated in 1819, this building contained the wood-carved altar and altarpiece from the old church. It is possible that this building burned down since already in 1836 a new temporary wooden church was built. The new masonry church was raised next to it. Built on the initiative of Zuzanna Druwe, the new church was completed in 1850 and is preserved without significant alteration.

Kaunata Church is a rendered masonry building. A degree of asymmetry is introduced into the layout by the addition of a sacristy on one side of the crossing. The central altar, with the altarpiece The Visitation, is architectonic in character and forms part of the original furnishings. An eight-register pipe organ built in the first half of the 19th century is preserved in the church.

Kaunata Catholic Church forms an integral part of the 19th-century regional architectural heritage, based on the utilization of the classical orders and represented by Late Classical monuments. 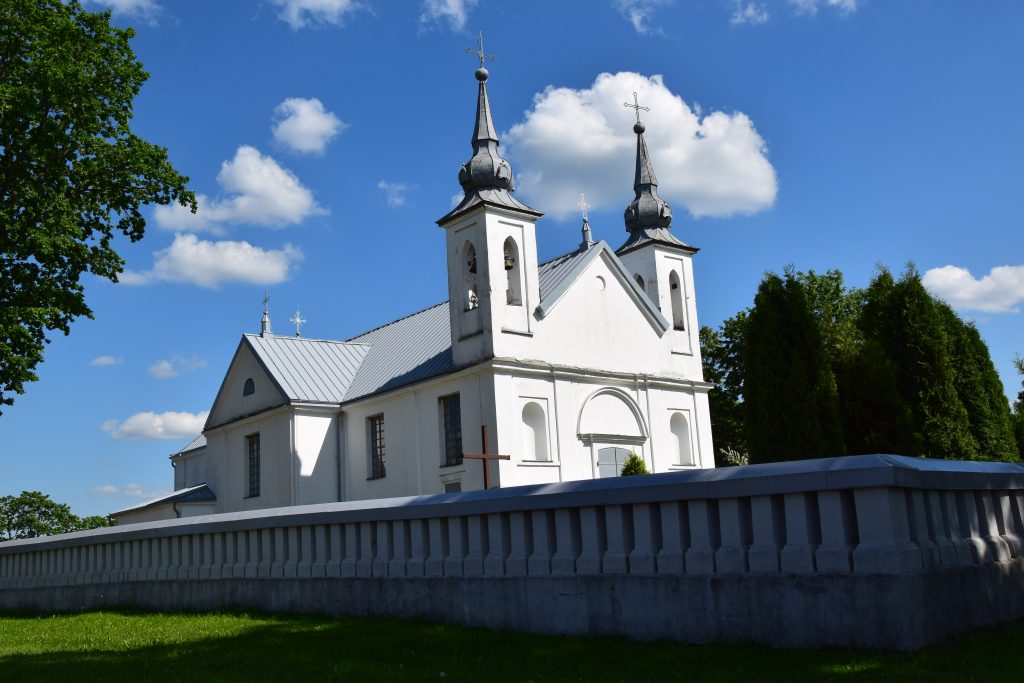 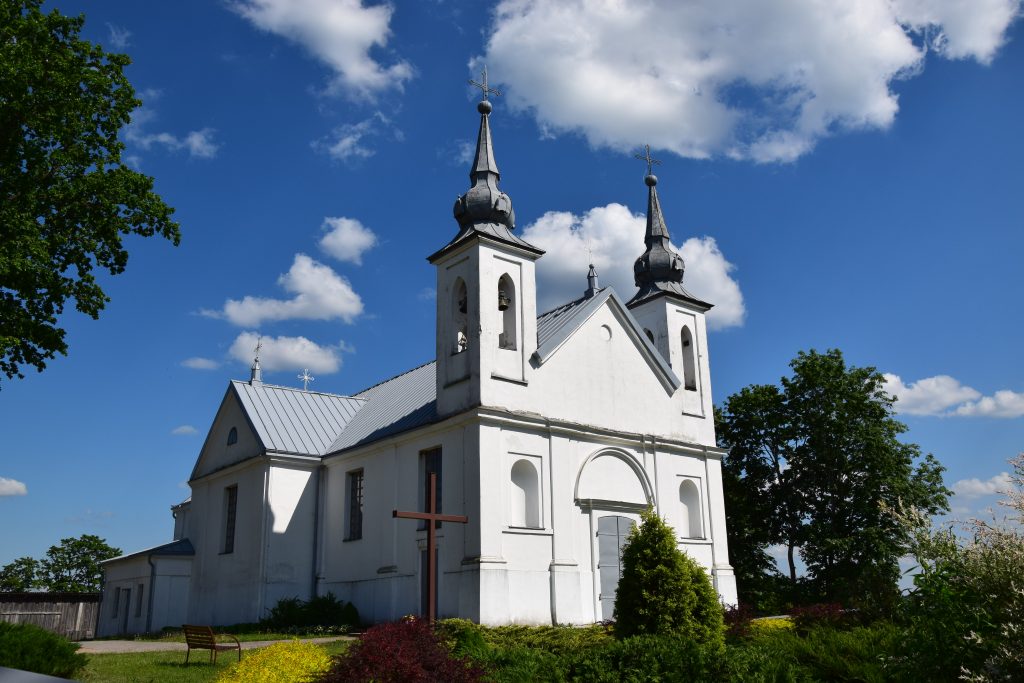 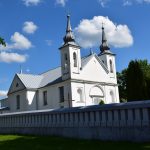 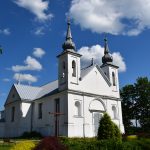