The history of the Rozentova St. Cross Honouring Roman Catholic Church begins in the 18th century, although its construction today reflects rebuilt form of the 19th-20th century. The largest redevelopment works of the wooden church were carried out in 1842 and 1888. The last internal repair was held in 2007.

On the church’s territory, there is a walled bell tower of the quadrangular plan (1889). There are also burials near the church.

The wooden building of the church is a three-dimensional longitudinal structure with an altar and an attached sacristy. At the end of the main structure stands out a small turret. The structure of the church was formed gradually and reflects different eras. Altars are made in neo-Gothic stylistics with carved ornament details. In the early 19th century, the artistic heritage of the church is represented by a feretron (portable altar) with paintings “Saint George and the Dragon” and “St. Mary Magdalene beside the Cross of Jesus”. 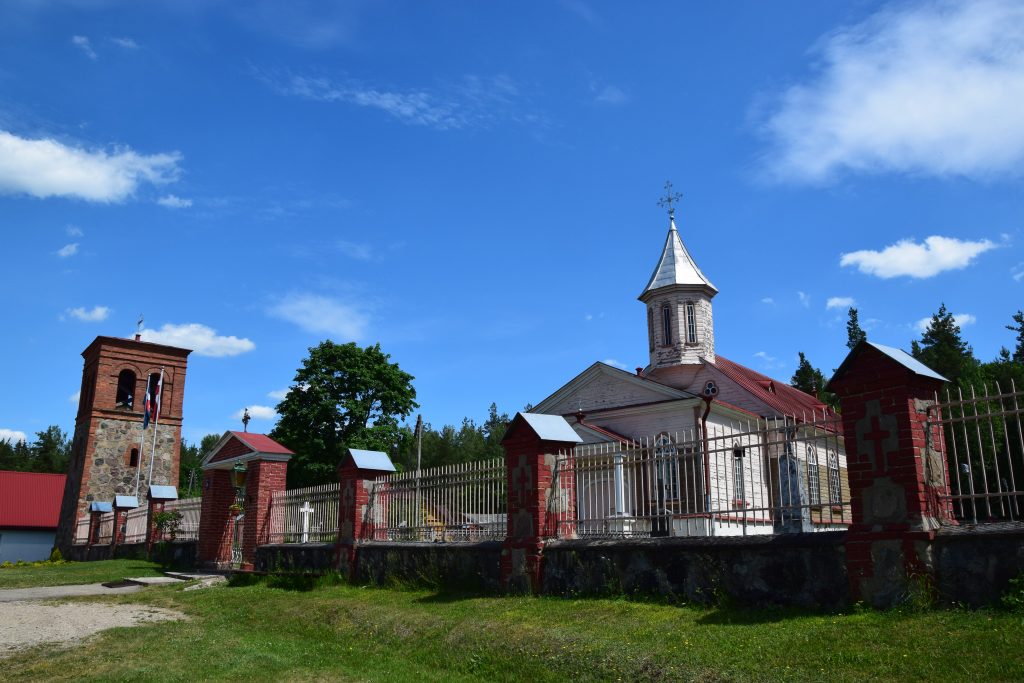