Its building was started on 18 September 1932 under the guidance of dean M. Voitekunas. World War II stopped the project. In Soviet times there was an established entertainment place. Its sacral significance the church regained in the 1980s, but completed and consecrated it was on 30 August 1992. Near the very border of Belarus there is Feldkopas cemetery. Here in 1874 at the expenses of Karlis Ravics there was built a wooden church. It had 18m long and 12m wide tower and 5m long and 3m wide small passage in front of it. The church had a 1m high stone foundation that may be seen after the church burnt down. It was devoted to St. Stanislaus and it had his painting on big altar. On one side altar, there was the painting of Jesus’ Heart, on the other – the Virgin’s Care. The last painting was saved from the fire and passed for keeping to Pāvils Sobolevskis. Now the painting is placed in Demene Church at the right side of the altar. 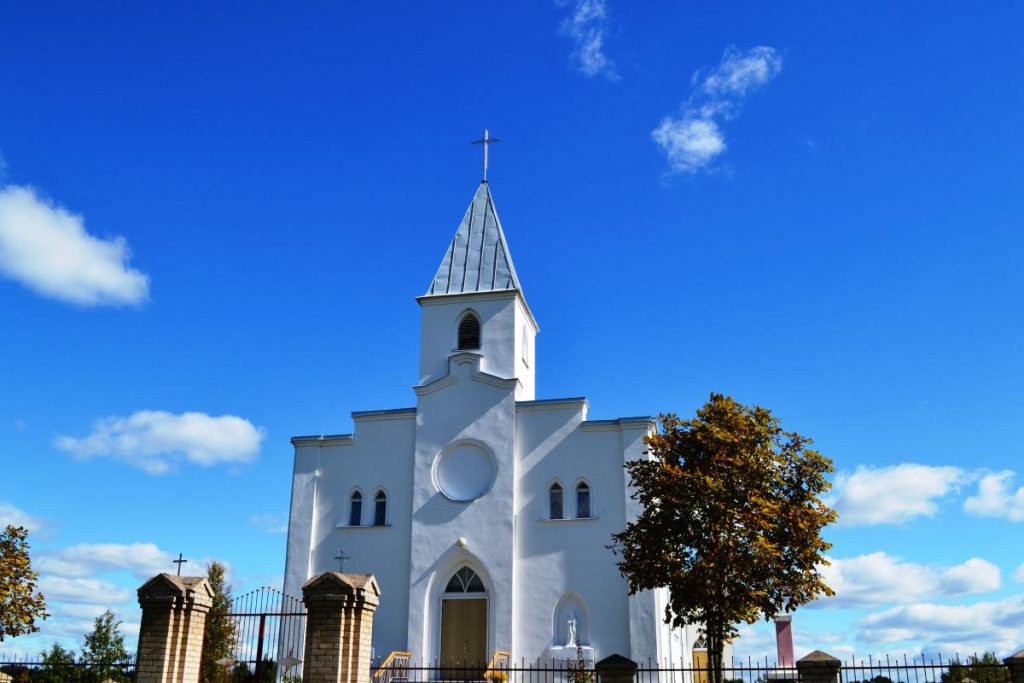 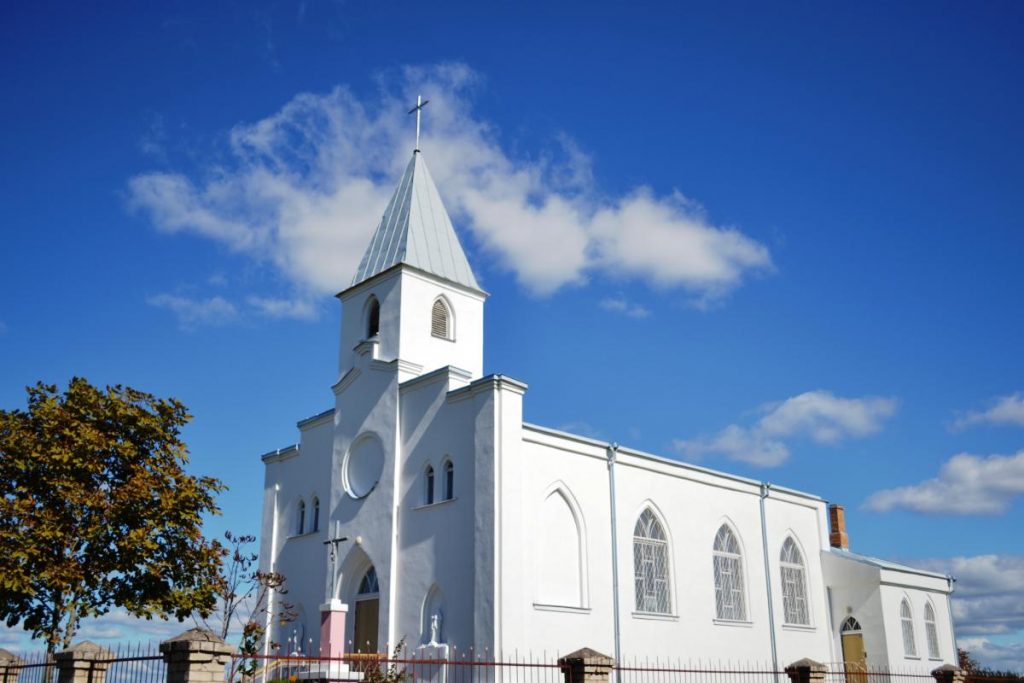 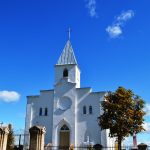 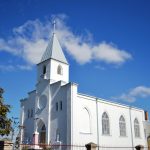